In 2015 Darla heard about an emergency situation involving a miniature horse in Whitehouse Station that desperately needed hoof care. Darla was also told that the horse was in poor condition and that he had foundered. Founder, which is also known as laminitis, is a very painful and debilitating condition that makes standing and walking painful. After several attempts to contact the owner Darla was finally able to see the horse, he was standing by his 30 year old mother, both of them were severely neglected. Shortly after her visit both horses disappeared. 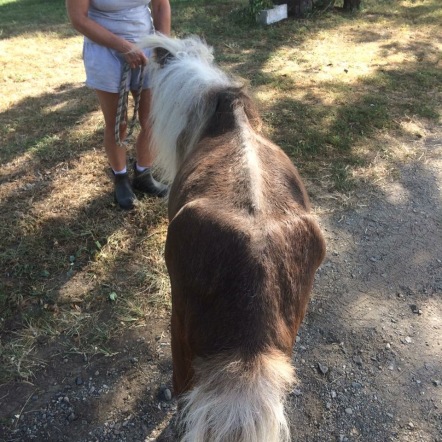 Several months later Dr. Hamorsky of Califon Animal Hospital discovered the younger mini horse in Chester, NJ standing alone in a garden with no food, no water and no shelter. The owner told the doctor that the mother had died with no explanation of how or when.

Knowing the implications of owning a horse in such an obvious state of neglect the owner surrendered the mini. Darla was contacted and came immediately to remove Will from the property and start triage care. Will was more than 100 pounds underweight when he was surrendered and had not had his hooves trimmed in over a year. It was a slow and gentle process to bring him back to health; he was a trooper and is now happy and healthy. 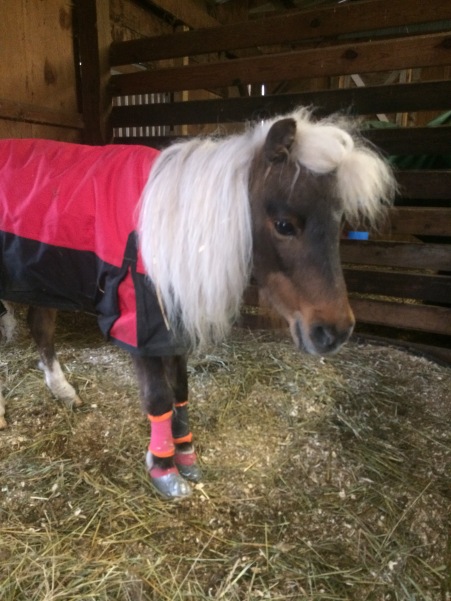 Clearly he was named appropriately as he had the “will” and determination to survive despite the horrible conditions. This gentle soul now lives out his days with plenty of food, fresh water, shelter and most of all…lots of love!

Happy second birthday to Wally! Everyone send your birthday wishes to this cute guy! 😍💓🤩🎂🎊🎈🎁
Happy birthday to the love of my life Magoo, 32 years together ❣️
Happy Easter from all of the animals here at Orphan Annimals! 🐇🐣💓☀️🤩
Hey hey hey! Happy Thursday! Tomorrow is Friday and the animals can’t wait for the weekend! 🤩💓